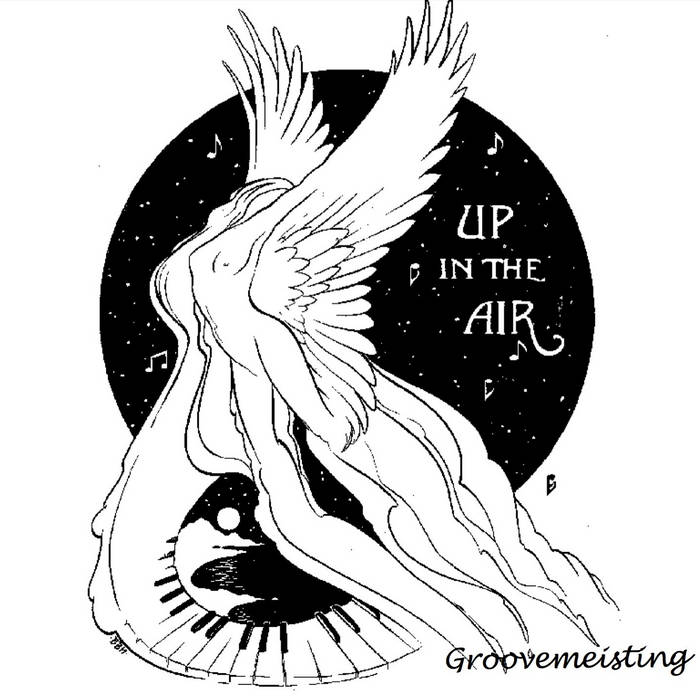 Up in the Air's amazing first album has remained fresh, lively, and unique after all the years that have passed. The music is organic and spontaneous as ever with an upbeat, positive energy permeating every cut.
The album is the end result of the first 2 Up in the Air recording sessions which took place at Sutton Sound Studio in Atascadero, CA on August 30, 1987, and on February 11, 1989. The original sessions were engineered and recorded by Rick Sutton and most all of the takes were done live. A handful of overdubs occurred at Rick's studio on tracks 1 and 6.
Years later, the pieces were edited, and tracks were overdubbed at Tin Can Studio's in Santa Margarita, oversaw by John Beccia.
The cover was drawn and given to us by Barry (last name not known) as a gift for us playing at an Artist Co-op grand opening in the mid-80's. It has served as out logo ever since.
Steve Card nicknamed us the "groovemeisters" because of the jam style music that we played, and thus the album's title was born.