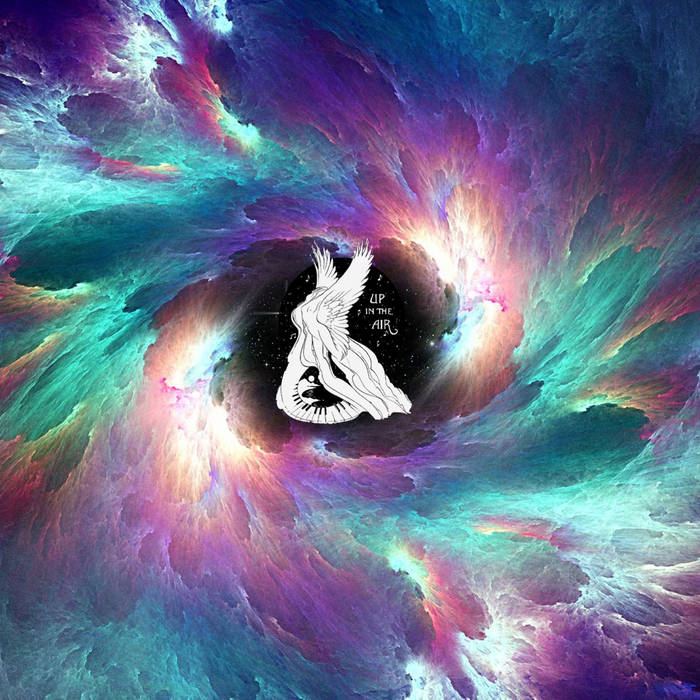 
This is Up in the Air's 14th project and is simultaneously a look toward where we are going and a look back to where we've been. It reflects some recent changes that the band has gone through, losing David, our longtime flute and guitarist for a couple of years while he recovered from an auto accident (he is now back playing again), then losing our longtime trombone, piccolo and flute player, Tom, for health reasons, and finally losing Rich, our longtime drummer for work reasons, (Rich is on most of these tracks, and hopefully will be sitting in with us on occasion.)
On the bright side, we added a new guitarist, Jeff, a new drummer, Mike, and a new " sit in" multi-instrumentalist, Scott, all who have added a whole new dimension to the band.

Well, we had been working on recording some of our newer stuff like Throw the Time Away, Already Been There, and Puerto Rico, when I decided I'd like to go back and record some of the earlier songs I had written but never brought to the band before..... Your Love Tonight and In the Night.
That's about the time I learned that one of my original bandmates had been diagnosed with a rare form of lymphoma. He is such a wonderful friend, it made me think back on all the times we played together , and the many songs that we played during that time..... Chambers of Freedom, Oh Ay Oh, and the very first song Up in the Air ever played, Little Love.(which I had written for my first niece when she was born)

Well one thing lead to another and I was digging in the recording archives and found an old stereo recording of Thing Called Love played with a number of former band members. We cleaned it up as best we could to use on this project, and then added a track or two.
Next we took a very old cassette recording of a song written and sung by our bass player, Phil, and added a bunch of new tracks to make it a finished project. Thank you, Scott.
Lastly, I had my original bass player , Doc. come in and record the final track of a song we did in the very early days. I then topped it off by adding a beautiful violin track by Tyson another member of the early band.

I guess after we've been though, Up in the Air is alive and "Still Out There". Come see us sometime!

This album is dedicated to my former band members Tom Bruner, Rich Daulton, and especially to Michael Miller and Peggy Vrana, who inspired the looking back part of the project.
All recordings except for Sheridan's lament were recorded, mixed, and produced by John with advice and help from Phil, and Tyson. The final mastering was done by Tyson.